Trinket Depot is a service-driven organization that is happy to discuss and review your projects.

If you have any questions or want to place an email or telephone order, please feel free to contact us.  We look forward to working with you! 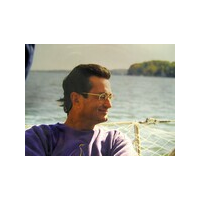 John Inglesby says: "This is the best second career I could have chosen for myself"   He cares about giving his clients the best service and product to ensure their promotion is a success.

John spent 20 years in the Computer Systems Integration business in National Accounts and the Federal Marketplace.  His experience teaming with large corporations has served him well since founding Trinket Depot in 1997.

In his spare time, John enjoys hiking, boating, and spending time with his children.

John enjoys film and can be seen walking the streets of Park City every year at the Sundance Film Festival.